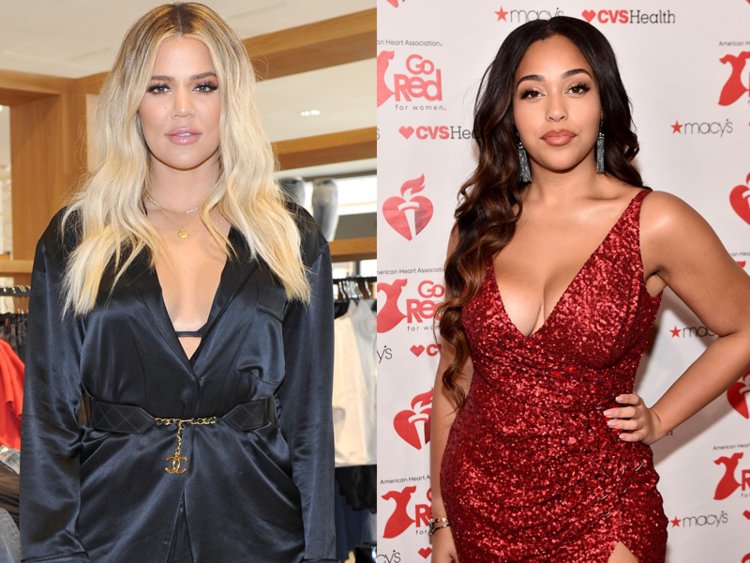 I never intended to write a post on this. Mainly because, well ThisJaneAintPlain isn’t about the gossips nor drama. If you do not know anything about this whole situation it’s ok. This post is all about what we can take away from it. Since this dirty laundry was aired, the responses have been varied. One thing I have noticed and I am glad for, is that while everyone wholeheartedly agreed she (Jordyn) was wrong on the part that she played in the situation, rather than taking full blame for it, everyone can agree that this Tristan guy is just as equal if not more to blame. Although a lot worse language has been used to describe his behaviour.

As much we sometimes learn best from our mistakes, some mistakes are far too deadly to repeat, especially when you see what it has already cost someone…

This situation has allowed us to have a conversation about how men and women are treated in the event of an affair. For centuries the blame has been placed on the women for “stealing someone’s man or being the reason for breaking a family”. Most women in their hurt fail to address the real issues. It is a choice to stay with a cheater and a liar. But I suppose its easier to attack another person for a behaviour that you have allowed. I am not diminishing the psychological aspects that play into this. However, men are not toys or products to be stolen. They are full grown human beings, with a mind of their own, making a conscious decision to step out in their relationship. Now no one is saying Khloe should not be angry or feel betrayed. Although many people claim she and her sisters have no grounds to speak since they have done this to other women. But to err is human and at some point, we all have been either wearing the shoes of Jordyn or Khloe. The only difference is that theirs happens to be very public.

Stating that we have all been in either shoe is not in literal reference relationships or affairs in this case. For example, when it comes to self-worth and self-control there are times where we let it slip to feel wanted or accepted. It could be at work or even with just friends or family. The need to be validated by others affects all of us until we get to the point where we truly accept ourselves. Those who lack self-discipline will point fingers at other’s action/behaviour as the reason for their misbehaviour.

You never truly know who is there for you genuinely until trouble befalls you. If crickets are all you hear then, its loud and clear the type of environment you are in. As she said on the red table talk she has not heard from any of her “friends”. Maybe her friends have their own reasons for keeping their distance but it is amazing how some people will be around for the highs and skip on the lows. What it also suggest for all of us is that when a friend does something untoward how do we treat them? Do you give them the chance to apologise, and have a chance of redeeming themselves? Or do you say the following, if she’s done this to her then she can do it to me so best to keep them at an arm’s length? I think there is a maturity in being self-aware of our actions towards people when they are in the wrong. Your response may say more about you than what that person actually did.

In some ways, we have this idea that the other woman is some horrible evil person whose main motive is to take away from someone else’s relationship. But the other woman could be you (shock horror), your friend, sister, cousin etc. There are many reasons why someone could find themselves in this very situation. While the behaviour is not justified, it happens a lot more than it’s talked about. It also happens to a lot more people closer to us. The only thing is that no one is talking about it because of the shame that surrounds it. There is a reason for that shame; but I wonder what would happen if we could have an honest, open and transparent conversation where we would be able to allow people to heal, learn, and speak their truth, give and recieve forgiveness.

Ride or Die, Ride and Live

When it comes to relationships, any types of relationships. Loyalty is a massive aspect. However, it can be misconstrued to allow us to stay in relationships and accept behaviours that should never be acceptable. We make excuses for them. This whole thing about the “ride or die”, has never been my thing. I get the concept, I really do but here’s how I see it. (*Insert African accent*) Jesus already died for everyone so why have I got to die too? If the Messiah’s death isn’t enough, what’s mine going to do? And I want to live. Live my best life. That doesn’t take away from my loyalty. Don’t ever let anyone confuse loyalty for accepting everything and anything and following blindly. You owe it to yourself to look after your self and have loyalty to yourself.

Lastly, when you are in the wrong, and you hurt someone, do not try to explain the other person’s feelings away. Take responsibility for your actions and apologise. It’s a great way to heal and move forward with your life. Finally, it stops others from constantly using it as an attack. Mistakes are made by everyone, it is the steps you take after that which moulds your character and journey in this life.