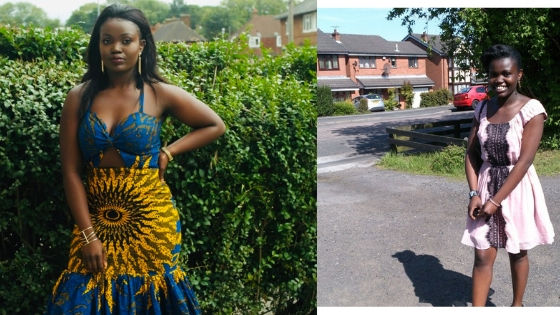 The #10yearchallenge was fun and I was very grateful to God for the “glow up”. However, my physical appearance is not the only thing that has changed about me over the years.

The next speaker is Jane, and she is one of the most confident people that I know…

I was invited by @SkincarewithMich to be a speaker at her event in 2018. This was my very first speaking event as a blogger. The host, also a friend of mine introduced me as stated. I was very surprised to hear myself being described as such. I certainly didn’t see myself in that state. It is not that I do not have confidence, I have confidence in myself and who I am, my beliefs and all that but I never thought that it translated to others too. To me, a confident person was one, who walked into a room and took control. Someone who everyone listened to when they spoke, and they had assured confidence in everything that they did. Whereas, even in my confidence I enjoyed being part of a crowd, really blending into the background (although friends have told me I do nothing of that sort). My quite and soft-spoken nature is not I would have considered being one of the “most confident people”.

The older I get, the more my confidence grows. However, until then I had failed to recognise this change or give much credit to it; although a lot my friends had noticed and commented on. When describing myself, it was inevitable that the word ‘shy’ would be included. I am now forced to admit that I no longer fall into that category as highly as I once did. Somehow over the years, I have learned to ‘face my fears, be open and vulnerable. Many people have said it, but there truly is calm freedom in being oneself. I only discovered this in my pursuant to ‘become’. The chance to feel this, occurred after forcing myself to deal with the anxiety of how “myself” will be received by others.

For a while, it was easier for me to continue to describe myself as being shy. It gave me comfort and allowed me to explain away why I was not pursuing my dreams. Here, I think it’s important that I highlight that there is nothing wrong with being shy, I do still have my moments. My being has changed with the experiences. I am pulled to admit the change and evolve. I think that sometimes we want to hold to the notion that we have not changed. For whatever reason change in the character of a person is sometimes considered to be negative. ‘oh, he/she has changed. He/She was not like that in school”… almost as if you are to stay the same person you were while in school even though you no longer are. I hope you can understand what I am trying to say.

Change is to me is the sign of growth in the individual. It shows maturity and proves that you are living your life rather than merely existing. When I was described as such, an opportunity was created for me to scrutinise what I considered confidence to be. There are times whereby one must address why they think what they think. Have you taken on preconceived notion subconsciously because its the norm in society? I viewed confidence in one way, but really there are many ways a person can show confidence without fitting into the “confidence box” I once had. Confident was not who I was because I did not fit the box I had created.

The reason why I wrote this post was to share with you that sometimes the person in your way is you. Marianne Williamson says it best in her poem, there is nothing enlightened about shrinking so others won’t feel insecure around you, and playing small does not serve the world. There have many times I stopped myself from doing something because I was concerned with peoples opinion of me, but all I did was hinder myself from learning and growing. I am lucky enough to say that majority of people around me have accepted me as I am and as I become and some have even surprised me by understanding me better than I did by not judging me when I thought they would. Because in the end those that love just loves you.